The journey of the first registered ‘40 Act fund to issue a digital asset security originated from the belief that blockchain technology could solve some of the industry’s most significant challenges: transferability and time. In conjunction with regulators, financial institutions, service and technology providers, and market participants, Arca Labs (Arca’s innovation arm) sought to revolutionize the future of finance incrementally and methodically. The focus was responsible innovation—a guiding principle that drives meaningful improvements to optimize financial structures and participants' experience by deploying new technologies, encouraging inclusive industry collaboration, and facilitating ideation. Thus, the blockchain transferred fund was born.

In 2018, the Arca Labs team thoroughly analyzed the existing financial landscape and considered the products and processes that could be improved with blockchain technology. They concluded that the most widely recognized, well-understood, and regulated financial structure in finance—the ‘40 Act fund—provided an opportunity to innovate and improve operational efficiencies while reducing risk. After nearly 2 years of research, product development, regulatory review, service team assembly, and new workflow creation using blockchain, the first BTF was launched in 2020. The Arca U.S. Treasury Fund, the blockchain transferred fund’s proof of concept, is the first ‘40 Act registered fund to issue its shares as digital asset securities, called ArCoin. The development of the Arca U.S. Treasury Fund demonstrates a pathway for registered investment vehicles to be tokenized and issued on a blockchain. It is the next step in the evolution of investment funds. 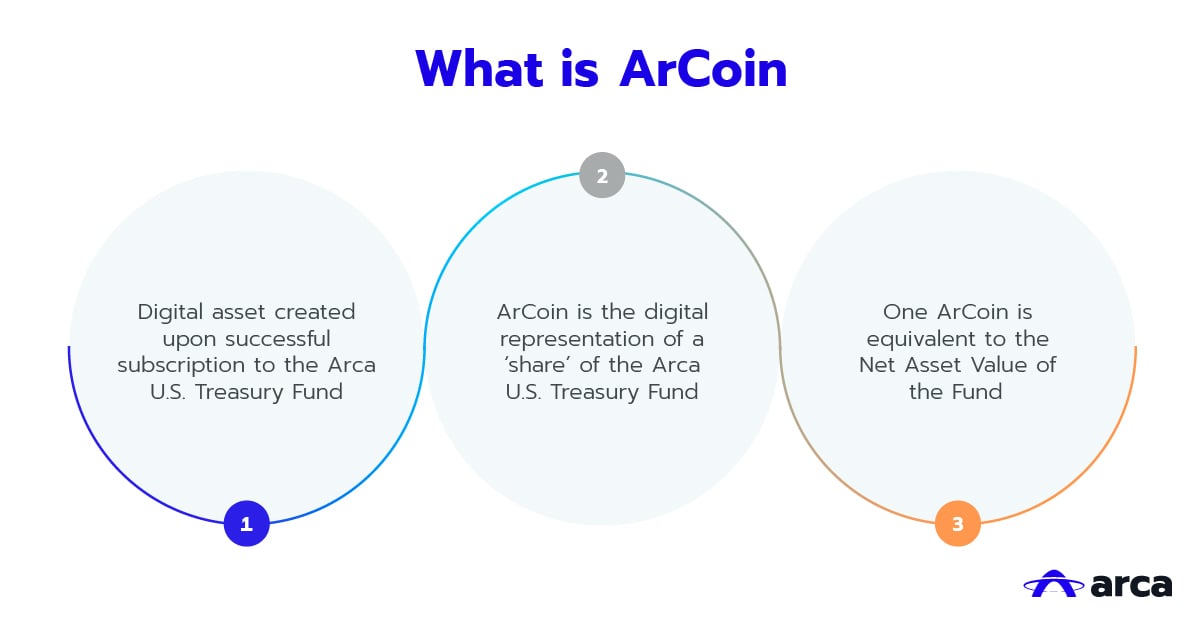 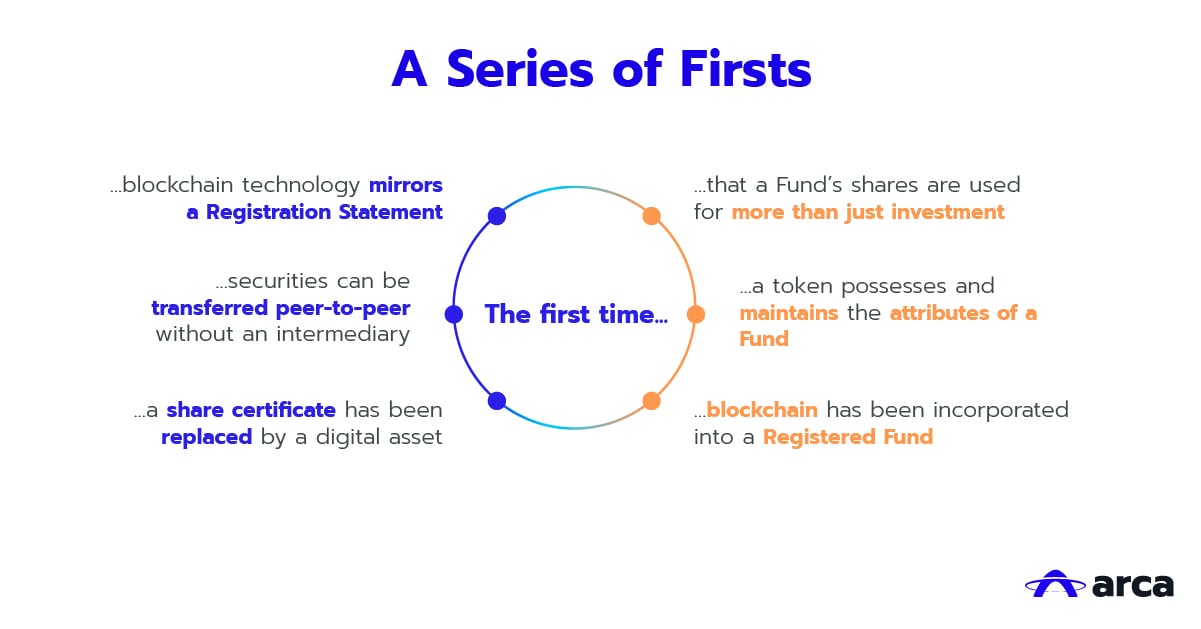 The creation and registration of the first BTF structure was a tremendous undertaking. It required the assembly of disparate resources, including complex workflows, infrastructure, service providers, and regulations. The Arca U.S. Treasury Fund—the BTF structure's inaugural product—invests predominantly in U.S. Treasuries. The Arca Labs innovators selected U.S. Treasuries because this government reserve underpins the connectivity and stability for most of the world's financial interoperability. Moreover, the U.S. Treasury market is the linchpin of the global financial system; therefore, even incremental enhancements to its utility can have a far-reaching impact.

The Arca U.S. Treasury Fund can serve as a blueprint for future BTF products. Comparable to earlier investment structures, the BTF builds on what has come before and confers distinct benefits that could lead to broader adoption over the next decade.